I often get asked; which of 3 funding scenarios did the strata choose?

This question inevitability comes up when working with condo purchasers. They often don’t like what I have to say – none of them.

The depreciation report is a provincially mandated report that does a review of the physical and financial health of the strata corporation. An engineer takes a physical inventory of the common property assets, estimates the remaining life span, and estimates the potential costs of replacement in future dollars.

The engineering firm takes all these costs and builds them into financial projections over the next 30 years. The report talks about the relationship between expenditures and the strata corporations reserve fund.

The report typically categorizes the items into:

The engineers then typically come up three (3) contingency reserve fund cash flow scenarios based on those projected expenditures.

is typically the current allocation, the status quo. A scenario where the strata continues with its current level of contributions and maintenance programs. This scenario plays out will happen if the strata opts to not make any changes to its contingency reserve fund program – maintaining the status quo.

In this 2nd scenario, the engineer typically picks a rate of 10 – 30% increase in the contingency component (not your total strata fee), so that any near term special levies would be substantially reduced or eliminated.

The 3rd scenario, is typically called the progressive allocation. This is a more aggressive scenario that aims to strike a balance between maintaining a health contingency fund while reducing the potential for over contributing, should some items not require renewal or replacement. This scenario typically has sharp 50-90% increases  in the CRF contribution, and then sharp decreases in the CRF contribution after completion of an anticipated project. It aims to reduce or eliminate special levies while having a health fund.

These projections can sometimes look scary. Large costs like a building envelope renewal, parkade membrane replacement, or window replacement can rack up to tens of millions of dollars for a concrete high rise. Often times, client forget that these costs are simply estimates at inflated future values. A best guess you could say.

I constantly have to remind purchasers, that in reality, these scenarios are not how things play out in the real world. They are just theoretical scenarios, aimed to help guide the strata on what could reasonably be expected in the near term.

Here’s an example; let’s say a the depreciation report says the exterior cladding needs to be replaced in 2030, and assigns a value of $5 million dollars. This is a large figure, and would result in a big blow to the contingency fund in 2030!

In reality, the strata typically approaches these maintenance items differently. If there is no existing issues stemming from this common building asset, the strata corporation will likely commission the engineer to conduct another report specifically on the exterior envelope. A building envelope condition assessment (BECA). The depreciation report is just a high level overview and guesstimate on the average service life of an asset. It does not analyze the item deeply enough to make informed conclusions on its physical health.

Perhaps the new BECA report will reveal that the cladding system is in excellent condition and will exceed its anticipated service life. In this situation, the BECA report would typically suggest a renewal of the sealant system around the cladding, to ensure it maintains its good condition long into the future. This is a much cheaper preventative maintenance outcome.

Or perhaps, the report will reveal that the cladding system is generally in good condition, but on some areas or exposures of the building the cladding is in rough shape or showing signs of failure. This suggests, that only a portion needs replacement or renewal. The strata can then evaluate if spot replacement, or entire replacement is more effective given the circumstances.

Alternatively, the worst case scenario prevails and the report concludes that the cladding system should indeed be replaced in 8-10 years, just as the depreciation report predicted. In this worst case scenario, there are many strategies the strata corporations can deploy. It can likely will consider increasing its contributions over the next 10 years. It can look to see if a phased approach of replacement over 2-3 years is possible – spreading the cost over time to reduce the burden.

Given the constant rise in new building material technologies the strata corporation can look at other materials and systems that may be more cost effective. For example, grants are offered to do energy retrofit upgrades.

At this point the strata corporation will then start to obtain actual quotes for the work to be done, which may come in lower (or higher) than the $5M figure.

A strata corporation can look to its investment maturities. Many stratas with large amounts of cash in the CRF invest in GICS and bonds. And it can even go as far as financing common property assets. some strata corporations own a caretaker unit which it can borrow against for funding. The strata can even opt to approach a lender to secure a loan and introduce a financing program that would be secured against the stream of income of strata payments (with permission of the owners of course by way of vote).

As you can see, the scenario in the depreciation report, never plays out in reality. The perfect world of financial modelling, just doesn’t reflect what will eventually happen. There are many strategies and options that a strata can choose to deploy to hedge and improve outcomes.

I often like to look back at depreciation report items that have already been replaced. For example, many buildings replace the entire elevator system – not just a refurbishment.

I notice that in many depreciation reports the costs are between $300 – $400k for two elevators. I then look at the financials to see what was spent, and the price is often much less. In my building for example, it came up to $100k less than what was budgeted for. The strata corporation will always budget and ask for more money than it needs at the AGM, so it can get work done should an unanticipated delay or cost arise. The remainder, if any, will be transferred back to the reserve fund.

Another thing that irks me about depreciation report scenarios is the many line items that never get done.  The smaller maintenance items that stratas typically don’t replace unless its causing an issue or is an eyesore. Like driveway resurfacing, exterior lighting, guard rails and hand rails, parking gates, painting of lobby and hallways, etc. All of these costs are layered on in the depreciation report, but they often do not occur in the timeframe the engineer suggests.

The depreciation report is not a bible that dictates that everything mentioned in 2021 needs to be replaced. The strata council and the owners have that authority to choose and plan for what reasonable and preventive work should be done.

Take Depreciation Report Scenarios with a Grain of Salt.

There is no perfect scenario. The best you can do is look at the annual amount of contributions to the CRF. If you see it increasing year to year, it means the strata is progressive and is choosing to smooth out the bumps the best it can.

The predictions of the funding scenario are just that, predictions, best guesses, and theoretical life span scenarios and costs. They are there simply for regulatory compliance and to serve as a guide.

If you’re considering buying or selling in a strata condominium building, I’d welcome the opportunity to work with you. I’m very familiar with many of the top buildings in the region. 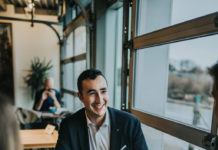 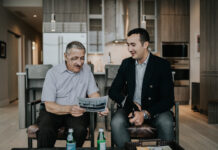 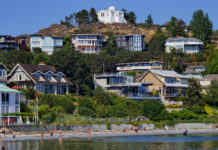